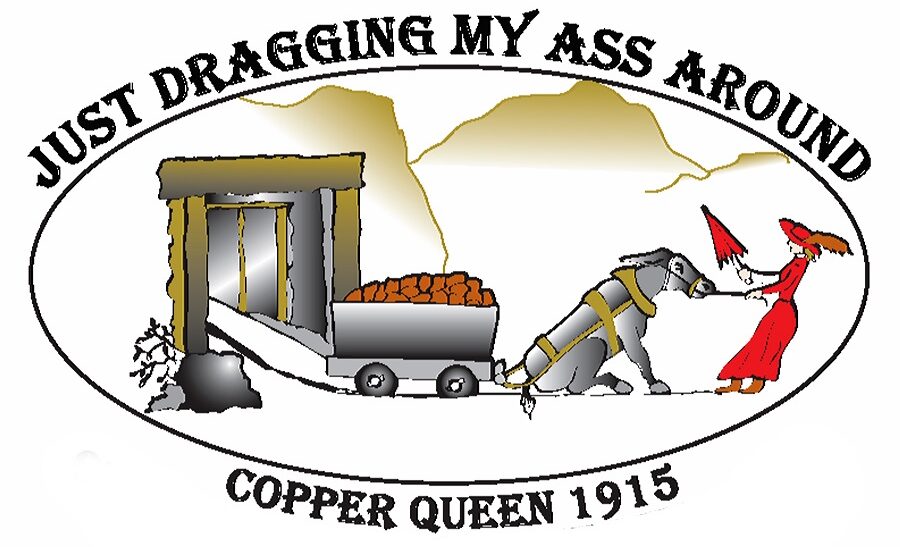 The following is a record of the monuments our Outpost has erected. Satisfactory!

Ferminia Sarras was born in Nicaragua and immigrated to America in 1867. Although mining was a man’s world, she became a prospector, venturing into the Central Nevada desert alone and developed into a highly successful woman miner. Her initial mining claims, the Amant and the Central America were filed in 1888, many more would follow. In 1902 Ferminia had the first of several major sales when investors bonded 25 of her copper claims at 8,000 dollars each. In 1905 the railroad established a terminal in Soda Springs Valley, naming the town Mina after Ferminia— Nevada’s Copper Queen.

John C. Fremont and his expedition of 27 explorers rode south from Pyramid lake and camped in this area of the Carson River on January 18, 1844 by a bend in the river, beneath the bluffs where Ft. Churchill is now located. After making observations from the nearby mountains, Fremont decided on a more southern route over the Sierra Nevadas to the Sacramento Valley. They arrived at Sutter’s Fort in March of 1844.

Fifteen years later, the rapid growth of California increased wagon traffic across the Sierra range significantly. It soon became apparent a shorter, faster route across the continent was imperative. Captain James Harvey Simpson of the US Army of Topographical Engineers was selected for the task of finding that route. In 1859, he and 64 men set off from the Great Salt Lake in Utah to Genoa, Nevada.

Although both the Simpson and Fremont trails did cross near this point on the Carson River, Simpson made his camp about five miles west of this point further up on the south side of the Carson River and on his return trip about three miles east of where Buckland Station is located today.

Both men are recognized in history as famous trail blazers but Fremont is more readily remembered because of his political career.

The history of the Nine Mile Ranch, has a long and interesting past, beginning with the Paiute Indians who inhabited this area. Long before John C. Fremont’s expedition into Nevada in 1843-1844. According to Fremont’s journal he camped in this area along a little creek now known as “Rough Creek”, in January 1844, on his way to California. Fremont’s camp was in the approximate location of the Nine Mile Ranch today.

With the discovery of gold in Aurora in 1860, this area was destined to become a main route from Carson City to the booming mining camps of the Esmerelda Mining District, of which Aurora and later Bodie were featured destinations. Along this route stage stops were established for the convenience of travelers.

Over the years, the Nine Mile has been known as Cobb’s Rancho, Nine Mile House, Nine Mile Station, Green’s Station, etc., but Nine Mile Ranch, is what shows on most modern maps.

Notable people in history, are known to have visited the area, including John C. Fremont, Kit Carson, Mark Twain, Governor James Nye, and J. Ross Browne, to name a few.

The Brothers of ECV

Little known at the time, except as a stage stop, Williams Station was destined to be remembered in Nevada history as the incident that ignited the Pyramid Lake War of 1860.

Williams Station was named for three brothers, James O., Oscar, and David Williams. It was a one room combination saloon, general store and stagecoach station located along the “Big Bend” of the Carson River about ten miles northeast of where Fort Churchill later was constructed. The site is now submerged by the modern-day Lake Lahontan.

On May 7, 1860 Williams Station was raided by the Paiutes. Accounts vary as to the exact details leading to the Williams Station “Massacre”. Most accounts say that two young Paiute girls were abducted by the traders, held at the station and molested. About nine Paiute warriors went to the station, forcing five white men, believed to be have been responsible for the kidnapping inside the building: Oscar Williams, David Williams, Samuel Sullivan, John Fleming and “Dutch Phil”. The station was burned with all five men inside.

Station operator and owner, J.O. Williams was camping a couple miles further up the river and thus escaped the fate of his brothers. He rushed to Virginia City to spread the news. Within no time, a militia was formed with the intent of apprehending the perpetrators. This force consisted of about 105 men and was under the overall command of Major William Ormsby. After the war the station was rebuilt and called “Honey Lake Smith’s” and visited by Mark Twain in 1861. He did not speak highly of the place, saying “it was a two-story log house situated on a small knoll in the midst of the vast basin or desert through which the sickly Carson winds its melancholy way.”

In operation for more than 100 years, the Fallon Theatre is the oldest continuously operating theatre in Nevada. Originally called the Rex Theatre, this building embodied the dream of traveling vaudeville performers John W. Flood and his wife Mabelle, who were well-known for their acrobatic and singing talents. Designed by prominent Nevada architect Frederic DeLongchamps to be “the finest theatre in Nevada,” the Rex opened on December 30, 1920 as a vaudeville theater and silent movie house.
With the introduction of synchronized sound into motion pictures in the late 1920s, the building was remodeled and redesigned for the new talking picture shows. The original balcony was eliminated and the design changed to a Spanish motif including arches, cove ceilings, and black iron trim. It reopened as the Fallon Theatre on September 1, 1930, as one of only two theatres in Nevada with the technology to play “talkies.”
The Fallon Theatre provided live entertainment and films throughout the years with only a few interruptions. Fires in both 1939 and 1943 necessitated closure and repair. An earthquake in the summer of 1954 caused the theatre to close again, though the structural damage to the theatre was minimal. While repairs were taking place after the earthquake, a wide screen was installed so the people could enjoy recently introduced CinemaScope films. Additionally, in 1983 the theatre was closed for remodeling as the single auditorium was divided into two theatres when a new projection room with soundproof walls was added.
A group of volunteers created Fallon Community Theatre, Inc., a non-profit organization, in 2014. In 2017, they purchased the Fallon Theatre with funding from a Community Development Block Grant. The objective of FCT, Inc., is to renovate this historical building and maintain it as a modern cinema and community center.

Copper Queen 1915 performed a restoration of this plaque, which commemorates the site of a helicopter crash in 1978 that claimed the lives of five U.S. Navy men. [Needed: plaque text and location information]

Dedicated in honor and memory of all the men and women of Virginia City, Storey County, Nevada who served in the armed forces of the United States of America during peace and war to protect and preserve our freedoms.

All gave some, some gave all.